The lady known as "The lady of Song" or "Queen of Jazz" if she lived would have been 96 today. This amazing lady gave us so many great recordings in her career. She was awarded the "National Medal of Arts" by Ronald Reagan and the "Presidential Medal of Freedom" by George H.W. Bush. The world has lost a great talent. 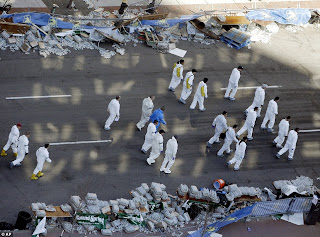 News sources report the lid of the pressure cooker bomb was located on the roof top of the Charlesmark hotel approximately 35 yards away. By now everyone who has available and working media has seen the horrific images from the bombs that exploded at the Boston Marathon.

The dailymail reported that a guest at the hotel thought it was a hubcap from a vehicle damaged in the bomb. Not long afterwards the FBI and other investigative teams questioned the man and it was deteremined it was indeed a vital clue from the terrorist who killed 3 and injured  183.
Read more: DailyMail 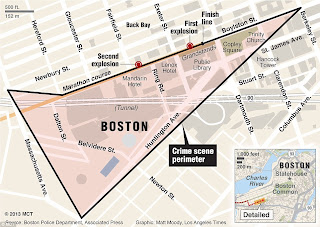 Instructor who forced students to vote for Obama fired


One of our  rights is the freedom of speech. This right aside from the following limitations, gives people living in America the protection of freedom of expression ( exceptions: libel, slander, obscenity, and sedition). It clearly does not give people the right to force their political or religious opinions on others.
Apparently a Brevard Community College (BCC) professor did not get the memo. The college has fired Sharon Sweet, mathematics professor today. According to published reports John Glisch stated the board terminated her with an overwhelming vote of 3-1.
“The termination took effect immediately, ending pay and benefits for Sweet who had been suspended with pay under provisions of the United Faculty of Florida collective bargaining agreement with the college, pending the board’s pending the board’s decision,” the school added in a press release.
What was she thinking?

Celebs and Their Wonderful Kids

For some celebrities it really is difficult to manage their careers and spend that time with kids. It is nice to see that through all the madness they do find that time to lend a little normalcy to their lives. 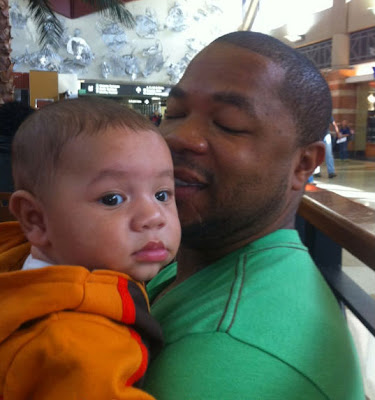 XZIBIT AND HIS ADORABLE SON GATELYN
No comments:

Protest over increased pay and benefits for NCAA players

I actually wrote about this in a college paper as an opinion piece years ago. I strongly believe that college basketball players should get equal health benefit coverage as NBA players. They don't play a different version of the game so they are susceptible to the same type of injuries. News analyst Rob Redding gives his opinion on this issue.


I want to say some positive things first. The saving grace of this movie is the superb acting of Jurnee Smollet-Bell.  Since Smollett-Bell's riveting first acting job at 9 in "Eve's Bayou" I have followed her career and watch her blossom into a wonderful adult actress.

The storyline centers on Judith (Jurnee Smollett-Bell) who is a dutiful, Christian wife to Brice (Lance Gross). She becomes bored with him and wants to pursue a career as a marriage counselor but instead becomes this therapist at this high-class matchmaking service. She is introduced by a co-worker to Harley ( Robbie Jones) who initially is everything her husband is not, most importantly attentive.  This is where the movie gets very cliché. I can't help but reflect on "Diary of a mad housewife." I think the trailer has some of the best scenes. She gets tempted, cheats, cheating doesn't work out, yada yada yada. Then the sub-plots come in. Smollet-Bell's husband is speaking to Brandy's character (counselor) about his situation and twists ensue as she reveals secret about her past.


The one reason reason to watch this film 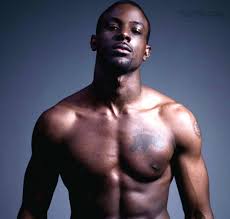 Though I thoroughly enjoyed Brice's (Gross) strip downs for the camera can I say "over-kill" with the pectoral views. Okay we get it Perry likes hunky men in his scenes. There was a super long flash back scene to get the audience to understand why certain characters acted the way they did however after that part ended I couldn't care less.
This was a black version of "Shades of Grey." I understand that sex sells but there were times when Perry flirted on a "R" rating. The good girl turned bad, told ya so premise has been done and overdone.   I admire Perry bringing a voice to the African-American community and trying to address many issues that culturally have never been addressed thoroughly in the media but he really needs to start adding some diversity to his repertoire. He is a shrewd business man and understands putting his name in a film will garner box office tickets, but then what happens after the ticket holder comes to his movies? My take on it- wait for video.

Recently the Lays potato chip company held a competition to allow the public to name their next chip flavor. The top three winners would actually make it unto consumer shelves so we can pick the ultimate new flavor.

Now I have always been a chip junkie, the stranger the better. So when I heard one of the contenders was a flavor named "Chicken and Waffles I knew I had to try it. I actually hunted down these new lays chips and found them in Sacramento, California.

I never really linked any racial thought behind the flavor choice until one of my friends on campus asked me if I was offended by the name. A couple of years back I visited "Roscoe's Chicken and Waffle House" in Hollywood and that was the first thought that came to my mind, if it would taste like that.

If the flavor was chicken and watermelon now that would have me crying foul at the lays folks. The flavor was awful. It tasted like Ramen noodles that were left out on the table overnight. Who picked that as a top three? Really???

This you tuber (Diamond Stylz) didn't believe that was the actual name of the chips at first. I love her review of the product.